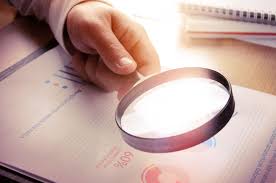 Affording a home is about to get more challenging with new mortgage lending measures announced by the Federal Government. In summary, as of January 2018, borrowers of uninsured mortgages will need to qualify at the Bank of Canada’s five-year bench mark rate instead of the current posted mortgage rates. Last year a similar stress-test was passed for insured mortgages (these are mortgages with less than a 20 percent down payment), but now even those with a substantial down-payment will need to qualify at this higher rate. For a full overview of the changes see here.

With rising interest rates the government wants to put measures in place to ensure borrowers are able to re-pay their mortgages even in an increasing rate environment. This change is meant to safeguard borrowers from borrowing more than they can afford. Implications could include greater challenges for first-time buyers who now need to qualify at the higher rate. These buyers may need to re-adjust their housing expectations or seek alternative areas to purchase property. There are still first-time buyer programs in place to help first-time buyers such as the BC Government Home Equity Program and the First-time Home Buyer’s Program (see details on these programs here).

To give you an idea of the impact of this change (according to Ratehub.ca)- take the case of a young Vancouver couple with a combined household income of $100,000 and a 20 percent down-payment looking to borrow money. Based on their income, deposit amount, a 25-year amortization and a mortgage rate of 2.83 percent this couple would have been able to purchase a home up to $726,939. This would afford them a one or two-bedroom condo in Vancouver or the North shore, or a brand three-bedroom townhome in Squamish.

With the new measures in place this same couple will need to qualify at the Bank of Canada benchmark rate which is currently 4.89 percent or else two basis points above their intended rate (4.83 percent). By needing to qualify at this amount even with the same down-payment, amortization and offered interest rate (2.83 percent), they will only be able to afford up to $570,970. Now their looking at a one-bedroom condo somewhere in Vancouver and possibly a two or three-bedroom condo or older townhome in Squamish.

It is still unclear if provincially regulated lenders such as credit unions will adopt these new rules. Since this is a federal initiative, only the major federally regulated banks must implement this new stress test. Borrowers refinancing with current lenders will not need to undergo the stress test however with 45 percent of all mortgages uninsured the new mortgage rules are expected to impact one in every six mortgages according to the Financial Post.

So what will this do to the real estate market in Squamish? The Royal Bank of Canada is expecting an influx of borrowers during the last few months of 2017 who want to avoid qualifying under the new scheme. After January the predictions are that the market will likely cool in wake of this new announcement. For places like Squamish, it could heighten demand as more buyers are forced to seek outside of the city for affordable housing.

If you’re a buyer and are worried about how this new rule will affect you it is advised to speak to your lender or mortgage broker. If you would like to buy a property before the change, contact us for more information.