The Squamish real estate market seems unstoppable right now, and it will be interesting to see what the impact of the Bank of Canada’s interest rate rise will have on the market, if any. On July 12th the Bank of Canada increased interest rates by .25 points with RBC’s Chief Economist Craig Wright indicating a turning point to a longer-term trend of rising rates. The last interest rate rise in Canada took place seven years ago in 2010, and since then we have enjoyed historically low rates resulting in cheap lending. 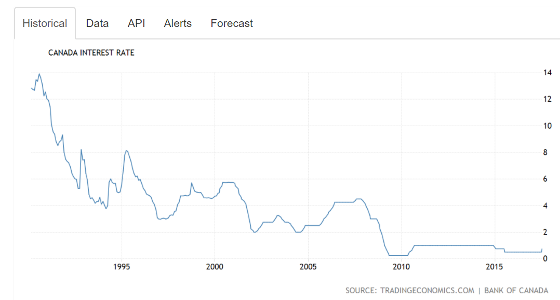 As you can see from the graph above, the 2010 interest rate rise was only incremental, and rates stayed stable between 2011 and 2014, before they started dropping again in 2015. Compared to previous years, this was a minor rate change that took place as a result of post-GFC inflation. The Squamish property market followed a similar trajectory as the interest rates, with the property market steading between 2009 and 2014 before picking up pace in 2015 around the same time rates began to decline.

Do the increased interest rates mean the property market in Squamish will slow down? It is hard to tell. As a real estate agent (and not an economist) I know that higher interest rates do affect the market as the cost of borrowing increases. The price of Squamish homes and resulting household debt make a rising interest rate environment seem a bit scary; however, if we look back to the interest rate levels pre-2010, what we are seeing right now is almost insignificant. Although rates are expected to continue in an upwards direction into 2018 they are not expected to rise as drastically as they have in the past.

The recent rate rise may stimulate the market in the short term as people wish to lock in low rates knowing they will likely be rising. Despite the .75 point increase the interest rates are still historically low and many big banks absorbed the speculative rate rises weeks ago.

People with current fixed term mortgages will not be affected by the rate change until they refinance, and those wishing to obtain a new mortgage should consult with a mortgage broker or lender to determine their best course of action. It is expected the next rate decision will be made on September 6th. 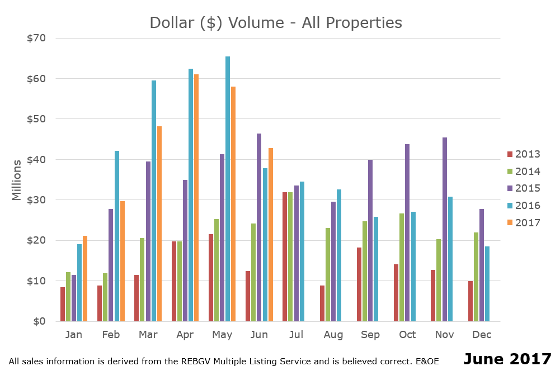 So far this July we have seen 38 new listings, 12 price changes and 28 sales.

For more information on the Squamish real estate market, and to buy or sell this summer, make sure to contact me.