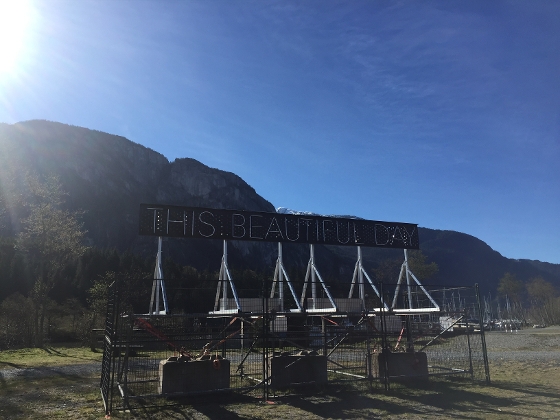 WOW April has sure seen some action in Squamish’s Real Estate Market! So far this month we have seen 66 new listings come on the market, 76 sales and 10 price changes. Causes for the current market conditions include Vancouver’s real estate market bubble making affordability in Vancouver out of reach more many. People are cashing out, or looking elsewhere and are turning to places like Squamish, The Fraser Valley and the Okanagan instead of the Lower Mainland.

Our current low interest rates are another factor contributing to the fast paced market as is the number of developments recently announced and either confirmed or in final phases of approval. The following developments are generating demand in the Squamish region and are expected to transform the landscape of Squamish over the coming years:

Not only this, but Whistler has recently announced a $345 million project, ‘The Renaissance’,  which will feature the biggest indoor waterpark on the continent, an indoor all season training facility, a roller coaster, the Northern hemisphere’s longest suspension bridge, upgrades to both Whistler and Blackcomb mountain, a doubling in size of the bike park and real estate and hotel developments. Of course Whistler is only 30 minutes away from Squamish, which will no doubt further fuel demand for Squamish which is conveniently 30 minutes closer to Vancouver.

Exciting times for this small coastal town! I moved to Squamish in 1988 and sure have seen things change. When I started Real Estate in the late 80's I couldn’t have imagined the town transform into what it is today. I certainly am proud of what Squamish has become and look forward to the continued expansion in the coming years!